Kelechi Iheanacho picked up another award at Manchester City’s Alternative End of Season Awards on Thursday. The nineteen -year-old clocked up seven hundred and fifty two minutes of game time in the Premier League, scoring a goal every ninety three point eight eight minutes, making him the deadliest striker in the English topflight, ahead of teammate Aguero. 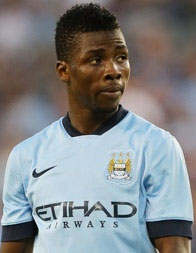 Having won the Best Fluke Goal, Best Disallowed Goal and Best First Touch awards on Wednesday, Iheanacho added the State of the Season to his collection on the back of having the best goals-to-minute ratio in the Premier League.