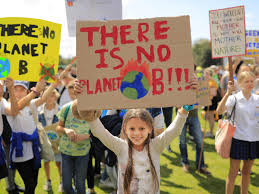 Hundreds of thousands of protesters, many of them school students, have gathered in towns and cities across Asia, kicking off a day of worldwide protests calling for action against climate change ahead of a United Nations summit.

From the Pacific Islands to Australia and India, protesters took to the streets today, demanding their governments take urgent steps to tackle the climate crisis and prevent an environmental catastrophe.

Organisers estimated 300,000 people turned up for the “global climate strike” in Australia, the world’s largest exporter of coal and liquid natural gas.

Protests were staged in 110 towns and cities across the country, with crowds calling on the government to commit to a target of net-zero carbon emissions by 2030.