House of Reps to inaugurate standing committees on Wednesday 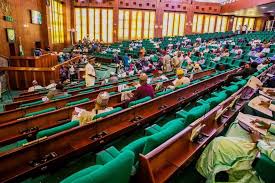 According to the deputy speaker, the list of committee members would be announced soon. He also said that the leadership of the House would meet with chairmen and their deputies to marshal out methods of operations after the inauguration.

The Speaker of the House, Mr Femi Gbajabiamila, announced the list of chairmen and their deputies on July 25, 2019.

Meanwhile, the House has mandated all ad hoc committees to submit their reports within two weeks for onward handing over to the standing committees.

House of reps to consider the removal of subsidy

the Speaker of the House of Representatives, Mr. Yakubu Dogara, has said that the House will take a second look at the decision of the Federal Government to remove the subsidy on petrol with a view to finding better alternatives.

Dogara said lawmakers will not support any policy that will further impoverish Nigerians. He told the delegation that President Muhammadu Buhari is seeking solutions to the myriads of the country’s challenges and will not deliberately inflict pains on Nigerians.

He stated that soon, the House would be briefed on the policy by the executive, after which members would debate it before coming to a conclusion.

Lawmakers are currently on a brief recess and will reconvene on Tuesday, next week. The recess is to allow the Peoples Democratic Party members to attend the congresses of their party. Dogara said on resumption next week, the subsidy issue will top the agenda of the House.