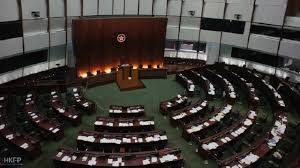 Voters have started going to the polls in Hong Kong to choose lawmakers for the independent legislative body of the special administrative region of China. The polls opened in the Legislative Council elections this morning and will close later in the evening.

Voters will directly choose forty lawmakers for the seventy-member body. The other thirty lawmakers for the region, which is home to multinational business firms, are from trade-based functional constituencies and are indirectly elected by different professional interest groups.

A survey by the University of Hong Kong showed that pro-Beijing lawmakers will gain the majority of the seats in the legislative body, which is tasked with establishing laws, overseeing budget, and supervising the local government’s work.

Anti-Beijing candidates are also participating in the elections. The vote is the most important political event since 2014, when anti-Beijing rallies and strikes by protesters demanding political reform were held in the semi-autonomous Hong Kong.