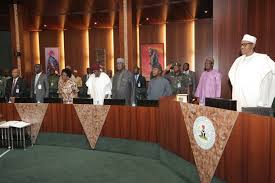 The Federal Government on Wednesday said despite the hardship being experienced by Nigerians, it would not shy away from meeting its global responsibilities. The Minister of Information and Culture, Alhaji Lai Mohammed, said this while briefing State House correspondents at the end of a meeting of the Federal Executive Council presided over by President Muhammadu Buhari.

Mohammed had told reporters that the only memo considered at the meeting was in respect of an update from his ministry on the process of migrating from analogue to digital broadcasting. When asked what he would be telling Nigerians who would be surprised that FEC meeting could be exclusively devoted to digitalization at a time when many citizens are hungry, the minister said the government could not shut down because of hardship.