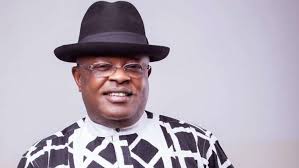 Mr Clement Nweke, Principal Secretary to the governor in a statement in Abakaliki, directed the appointees, which include two former members of the Ebonyi State House of Assembly, EBSHA, and ex-deputy speaker, Mrs Dorothy Obasi, to report for their documentation today.

Umahi had on the sixth of August said that he will no longer appoint more aides, with the members of the state Executive Council increasing from 70 to 83