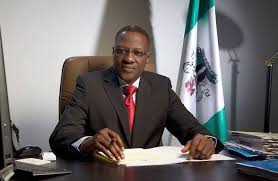 At the low-key event held at Council Chamber of the Government House, the Secretary to the State Government, Alhaji Isiaka Gold charged the two Special Advisers to contribute their quota to the development of the State.

Alhaji Gold said the appointment and swearing-in was in line with section one-eight-six of the 1999 constitution as amended. He said the two Special Advisers were appointed to further assist the Governor in carrying out responsibilities to the people of the State.