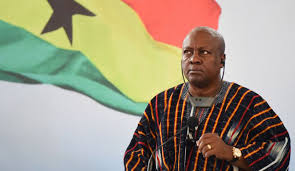 Three months to Ghana’s general elections, the country’s parliament has initiated moves to impeach President John Mahama. Though the legislators are on recess, the Speaker, Joe Adjaho, has recalled them for resumption Thursday, the first of September, to begin debate on the issue.

The President is alleged to have received an expensive car as ‘gift’ from a contractor and national of Burkina Faso. The Presidency said the item had been donated to the presidential fleet. Opposition parties and a cross section of Ghanaians, however, insist the present was a bribe.

The country’s constitution bars a sitting President or political office holder from collecting a gift, either in cash or kind.

The parliament has two hundred and seventy-five members, with one hundred and forty-eight of them belonging to the opposition. The legislature needs two-thirds majority to scale the impeachment through.