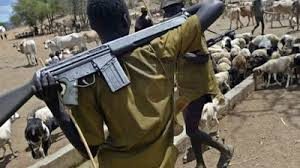 Fulani herdsmen from Chad, Niger and other neighbouring countries will benefit from the National Livestock Transformation Plan. The Bauchi State Governor, Bala Mohammed, said this during an interview today.

Mohammed said since Fulani herdsmen are nomadic, it would be inappropriate to deprive them from benefitting from the livestock plan just because they are not from Nigeria.

The initiative will be eighty per cent funded by the Federal Government while the states would provide twenty per cent counterpart funding and the grazing land. The governor, whose state is among those that will be part of the initiative, said Fulani exist in many countries across Africa and share a brotherhood which transcends boundaries.

When asked if it was right to allow foreigners to benefit from Nigerian taxpayers’ money, the governor said it was proper. He said Fulani don’t actually have one single nationality since they are nomadic in nature.

When asked if there would be any form of documentation for the Fulani herdsmen coming into Nigeria from other countries, the governor replied in the affirmative. The livestock plan which is being championed by Vice-President Yemi Osinbajo seeks to put herdsmen and their livestock in designated colonies which will give them the opportunity of exploiting the livestock value chain.

While many northern states have embraced it, their southern counterparts have rejected it.