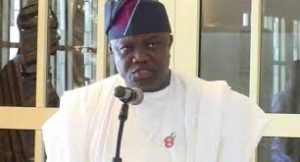 Some parents of students attending public schools in Lagos State have appealed to the state government to shift the resumption date for the third term of the 2015/2016 Academic Session from April 11 due to the current fuel scarcity in the country.

They made the appeal in separate interviews with the News Agency of Nigeria in Lagos on Wednesday.

They said the fuel situation in the country had persisted for too long and might affect the movements of their children to their various schools if the resumption date stayed.

A parent, Mrs. Adijat Folusho said, “Honestly, the fuel situation is affecting everybody and with the way it is going, it might affect the resumption of our children on April 11.

“Transport fares are high. In fact, there are no buses or motorcycles that can transport people to their destinations. If this continues, how are we going to take our children to their schools.”

Folusho, whose daughter attends Alimosho Primary School, urged the state government to shift the date forward by one week.

By the end of the one week, the government would have resolved the fuel issue, she said.

Another parent, Mr. Adeyemi Adedayo, said the perennial fuel crises had affected his preparation for his children`s resumption in school.

Adedayo, a barber, said he had recorded low patronage owing to the poor electricity supply and lack of petrol to power his generator which he uses to operate his barbing salon.

“Whenever I go to the shop nowadays, I just sit down all day. No customers to attend to because of poor electricity supply and the fuel scarcity.

“I can’t buy school bags and sandals for my children who will be resuming on Monday because there is no money. “The government should postpone the date to enable us prepare better,” he said.