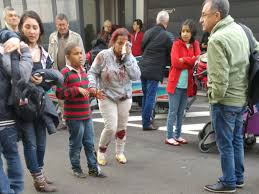 Cazeneuve said access to public transport will be restricted to people with tickets and ID cards. He also called on Europe to further boost coordination and the fight against terrorism. He said French authorities have already prevented ten thousand people from entering the country since the November attacks in Paris that claimed one hundred and thirty lives.

Speaking after the meeting, Interior Minister Cazeneuve said that various measures will be taken to boost security at transport hubs in the country, but denied initial reports that the border between France and Belgium had been closed altogether. Meanwhile, the Islamic State (IS) group said it was behind the attacks in a statement issued on the IS-linked Amaq agency.