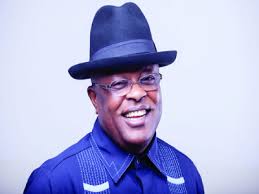 Though the congress ended peacefully, it was marred by fisticuffs over the attempt by Odefa to contest for national vice chairman South east zone of the party.

A petition by Umahi was read to the delegates after Odefa picked the nomination form. The governor alleged Odefa had not resigned from his appointment before standing for the election.

In the place of the SSA, Umahi picked his immediate younger brother Augustine Umahi for the post, thus disqualifying Odefa.

When an enraged Odefa moved to the podium to clear himself, the attempt led to exchange of blows.

But the manhandled Odefa insisted he resigned as SSA as far back as April 15.

He was later escorted out of Okpara Square venue of the congress in the presence of national leaders and governors of the party.