Flooding claims one hundred lives in Sudan in two weeks 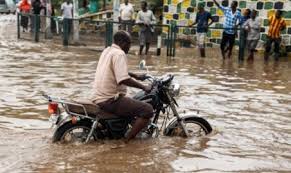 Flash flooding triggered by days of heavy torrential rainfall has claimed the lives of at least one hundred people in Sudan over the past two weeks. The Sudanese Red Crescent Society said on Sunday that at least twenty-five people died in the impoverished eastern state of Kassala, which borders Eritrea.

It confirmed that about eight thousand houses have been destroyed since heavy rains lashed several regions across the African country two weeks ago.