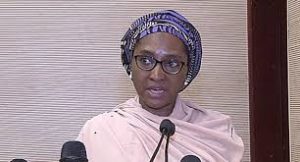 The Minister of Finance, Mrs Zainab Ahmed has said that the proposed increase in Value-Added Tax (VAT) from 5 to 7.5 per cent will be more beneficial to state governments and Local Government Areas (LGAs) in the country, many of which are already facing difficult conditions.

This was disclosed in a statement issued by the Minister’s SA on Media and Communication, Yunusa Abdullahi on Friday. According to Mrs Ahmed, the proposal is subject to legislative intervention by the National Assembly who will have to amend the Revenue Act to reflect the proposed increase.

She added that the increase will exempt the basic necessities such as food, medicines and education. Mrs Ahmed maintained that if the increase is correctly implemented, it could bring in huge revenues for the country and reduce fiscal deficit burden.

She added that the government’s borrowing program could then ease and certainly the financially affected states and local governments could later focus on issues like poverty reduction, healthcare and power generation and transmission.

The Federal Government on Wednesday said that consultations will begin at all levels on the VAT increase.