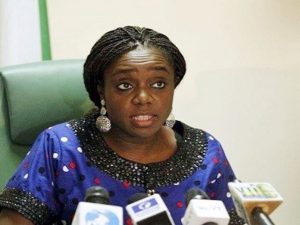 In a bid to reduce the amount being spent on overheard expenditure, the federal government wednesday banned minister and other top officials of government from flying first class while embarking on officials trips.

It said henceforth, all top officials of government such as ministers, permanent secretaries, chairmen of federal government committees, as well as chairmen and chief executives of parastatals and agencies are to travel on business class.

The development was confirmed in a statement issued by the Media Adviser to the finance minister, Mr Festus Akanbi in Abuja.

Akanbi in the statement said the new directive has been captured in a circular on review of overhead expenses released by the Office of the Secretary to the Government of the Federation.

He added that the development is one of the recommendations made by the Efficiency Unit which was set up by the Minister of Finance, Mrs. Kemi Adeosun, last last year aimed at reducing overheard expenses.

The unit was set up to engender transparency and reduce government’s large expenditure through procurement in the various ministries, departments and agencies of the federal government.

He stated that in its negotiation for discounts with local and international airlines, the E-UNIT also recommended other measures for reducing the government’s large expenditure on travels to the OSGF.

“The second recommendation is on the need to reduce the frequency of travels by ensuring that board and committee events such as meetings, workshops and conferences in Nigeria are held in locations where the institutions or persons participating in the event are domiciled.

“Such events should, for the most part, be held in Nigeria but where this is not possible, the prior approval of the Secretary to the federal government should be secured,” the statement noted.

According to Akanbi, in line with the present administration’s commitment to reform public expenditure, the OSGF accepted the recommendations in full and had recently issued a circular accordingly, to effect the changes.
He added that “the buy-in and prompt reaction of the OSGF is an attestation of the common resolve by government to its change mantra and the spirit of collaboration among government institutions and officials.”

It is estimated that travel expenditure will drop by about 20per cent if the provisions of the new circular issued by the OSGF are fully implemented, the statement pointed out
A 20 per cent reduction in air travel expenditure, using the figure of N69.417 billion incurred on travels in 2014 will result in a cost-cutting of N13.88 billion.

Such large savings from travel, which should ordinarily not be a major expense item for the government, will become available for investment in capital projects such as roads, power, railways and public health facilities.