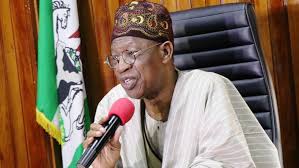 The Minister of Information and Culture, Alhaji Lai Mohammed, has announced that the Federal Government will soon award a fifty-eight billion naira contract for the Bida-Sachi-Patigi Road and the Napenko Bridge along that road, which links Kwara with two other states, Niger and Kogi.

The minister made the disclosure today at the celebration of the 2019 Igbomina Day and launch of two hundred million naira Development Fund at Isanlu Isin community, near Omu-Aran in Kwara state.

Mohammed, an Igbomina descendant and the chairman of the 11th edition of the biennial event said when completed, the bridge will boost economic activities for the people of Kwara, kogi and Niger. The minister also explained that the temporary stop in the rehabilitation process of the Ilorin-Kabba road was due to the rains.

The minister congratulated the organisers of the event, especially for making the issue of development the focus of the celebration. He noted that community development projects complement the efforts of the Federal and State Governments to bring development to the people.