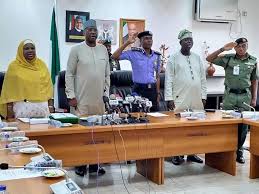 The Federal Government has said that the proposed Community Police Policy is better than the state police being clamored for by many Nigerians, to strengthen security in the country.

The Inspector General of Police (IGP), Mohammed Adamu, said this on Friday in Abuja during the submission of the report of the Committee on Strengthening Internal Security Framework and Community Policing in Nigeria held at the Office of the Secretary to the Government of the Federation (OSGF).

According to him, the state police require each state government to create, recruit, train, and manage a policing system separate from the federal system, while community policing is engaging the community in every aspect of policing initiative, to come from the community rather than the high command and is the best solution as against state police.

He added that the community policing will still be under the Nigeria Police and their operations would be decentralized for maximum efficiency.