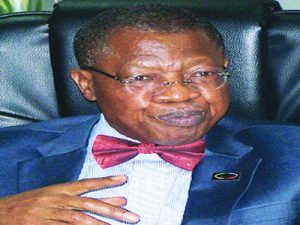 The Federal Government has released another list of more looters in Peoples’ Democratic Party (PDP). The list indicated that the total amount allegedly looted by 23 people named in the list is nineteen-point-eight billion dollars in foreign currency, and three hundred and twenty billion naira.

Minister of Information & Culture, Alhaji Lai Mohammed, in a statement yesterday averred that the list of alleged looters which it released earlier was based on verifiable facts, including the amount involved, the date the amount in question was collected and from where it was taken.

Releasing a fresh list of 23 alleged looters, in a statement issued yesterday, Mohammed also said those complaining that the list was too short apparently did not understand that it was strategically released as a teaser.

The Minister said the PDP’s reaction to the looters’ list has shown that its recent apology is an election-induced act, contrived to deceive unsuspecting Nigerians to vote for the party in the 2019 general election, even when it has not come clean on its looting spree during its time in office.