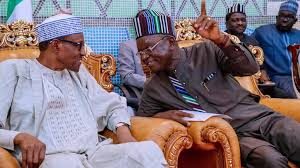 The Presidency has said that the Office of the Secretary to the Government of the Federation
will participate in today’s Benue and Taraba States stakeholders’ meeting aimed at addressing
the lingering Tiv/Jukun crisis.

The meeting between the representatives of the two states has been called to resolve the
unabated Tiv/Jukun crisis, which of recent, has claimed the lives of innocent persons and
property.

The Senior Special Assistant to the President on Media and Publicity, Malam Garba Shehu, in a
statement in Abuja on Tuesday, said that in addition to the two state governors, the meeting
is expected to be attended by their traditional, religious and political leaders, as well as other
stakeholders.

He said the OSGF’s participation in the meeting would give full assurance of the federal
government’s backing toward the implementation of resolutions arising from the meeting.