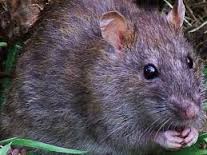 The Federal Government has blamed the spread of Lassa fever on the conspiracy of silence among states of the federation, and also expressed fears that a yet-to-be-identified disease might have surfaced in the country.

The Minister of Health, Professor Isaac Adewole said this on Tuesday at an emergency National Council on Health meeting held in Abuja.

He also informed the state governments that the federal government could not continue to buy drugs for them in the on-going battle to curtail the outbreak and spread of the disease and other diseases.

The minister however, pointed out that in the case of a major outbreak, if there is a shortfall of drugs, the Federal Ministry of Health will assist the state government, adding that the Federal Government cannot shoulder all the responsibilities alone.

Professor Adewole pleaded with the commissioners to work with the local governments in the efforts to curtail the outbreak. He expressed surprise that many people in the country had refused to believe that the epidemic is real.