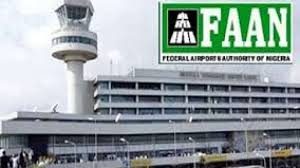 Federal Airports Authority of Nigeria (FAAN) has said that the Nigerian Air Force will soon begin a simulation on counter- terrorism at the Nnamdi Azikiwe International Airport, Abuja.

The Managing Director of FAAN, Malam Saleh Dunoma made this known in a statement issued by the General Manager, Corporate Affairs, Mr Yakubu Datti, in Abuja yesterday.

Saleh explained further that the exercise might comprise aerial and land maneouvers, which he said, might create some dramatic spectacles that could affect vehicular and human movements. He, therefore, enjoined air travellers and members of the public to go about their normal businesses, saying operations in the airport will not be affected.

While apologizing for any inconvenience the exercise might cause, the FAAN boss advised air travellers and other airport users to always adhere to laid down rules and procedures for the safety and security of all. Though the timing for the exercise was not disclosed for security reasons, report says the exercise will take place within this week.