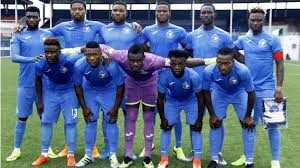 The Peoples’ Elephant were dominant all through the duration of the match, but lacked the cutting edge on the final third. Enyimba fired an early warning to Al-Hilal FC when Nelson Ogbonnaya planted his headed effort from Stanley Okorom’s free kick into the side netting just five minutes after the start.

The visitors heeded the warning and applied caution in their defensive approach, absorbing all that the hosts threw at them till the final whistle. The Peoples’ Elephant will travel to Sudan on September twenty-ninth for the return leg.