Governor Nasiru el-Rufa’i has signed into law the bill prohibiting hawking and begging in Kaduna State. The bill, passed by the state assembly, had attracted criticisms from residents.The bill will come into effect from September 2016. 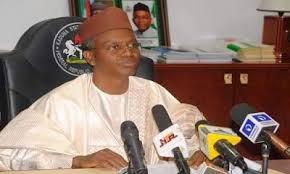 El-Rufai disclosed this to a delegation from UNESCO, UNICEF and USAID, during the signing of a partnership agreement to boost the education sector. He said he signed to bill to ensure that every child in the state goes to school.