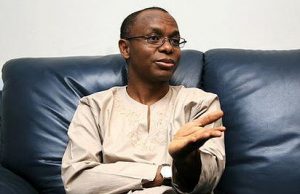 Governor Nasir El-Rufai of Kaduna State has proposed life jail for rapists in the new Child Right Bill forwarded to the State House of Assembly for passage into law. The deputy director, Civil Litigation in the state Ministry for Justice, Mr Irimiya Samson, said this in an interview with newsmen in Kaduna, on Monday.

Samson said that the development became necessary, following incessant cases of rape in the state, particularly, with minors, recorded on daily basis. He noted that the current penalty for rape in the Penal Code is very light, as such, it is important to make the law stricter to curtail the trend.

He added that the law also criminalizes child trafficking, child labour, street hawking and begging, which are common practices in the state.

Similarly, exposing children to obscene materials like pornographic content has also been criminalized. Samson said offenders will be imprisoned or made to pay a fine of five hundred thousand naira for individuals and one million to five million naira for companies, plus a two-year ban.

The law also proposed community service instead of detaining children for juvenile offences, having realized that detention does not help children in anyway.  Samson added that education was also covered in the law, making it mandatory for every child to acquire basic education.