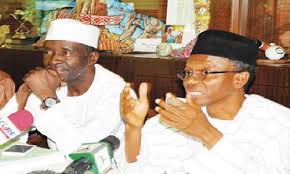 Governor Nasir el-Rufai of Kaduna State has told stakeholders that the preaching bill is not meant to ban evangelism, but to curb emerging religious extremism that is reining its head in the state in the recent time.

Speaking at a round table dialogue in Kaduna, on Tuesday, el-Rufai, who was represented by his aide, Samuel Aruwan, said the government appreciates the reservations and contributions of religious leaders and other critical stakeholders who have made their genuine positions known.

He however lamented that some people have started politicizing the good intention of government to restore peace and security in Kaduna. He noted that the bill, if passed, will enable Christians and Muslims to have a framework that will get rid of some strange ideological beliefs that are not in tandem with both faiths.

The stakeholders present at the roundtable included the Christian Association of Nigeria (CAN), Ja’amatu Nasir Islam (JNI), Christian Lawyers, Pentecostal Fellowship of Nigeria (PFN) and other religious groups and non-governmental organizations.