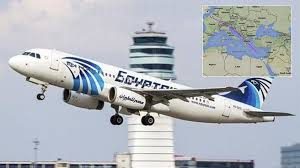 An EgyptAir flight from Paris to Cairo has disappeared from radar, the Egyptian airline says.

It says there are fifty-nine passengers and ten crew members on board Flight MS804. The aircraft was flying at thirty-seven thousand feet when it went missing over the eastern Mediterranean. An official said the plane lost contact with radar in the early hours of this morning.

The company said it would issue an update when more information becomes available.

It said the concerned authorities had been notified, and search and rescue teams were now looking for the plane. According to the flightradar24.com website, which tracks passenger flights around the globe, the plane is an Airbus A320.