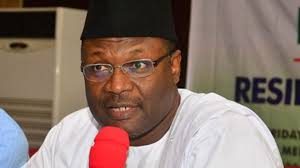 The Independent National Electoral Commission (INEC) says the Economic and Financial Crimes Commission (EFCC) and the Independent Corrupt Practices and other related Offences Commission (ICPC) will monitor cases of vote-buying during the governorship elections in Kogi and Bayelsa states. INEC Chairman, Mahmood Yakubu, said this on Tuesday during the quarterly consultative meeting with political parties in Abuja.

The states’ elections are scheduled to take place on November 16. Yakubu said that the EFCC and the ICPC will monitor the movement of cash during the campaigns and on the election day.

He said all the commission’s officials and ad-hoc staff would be made to take an oath of neutrality before taking part in the electoral process. The INEC Chairman added that he would be accompanied by the inspector-general of police, Mohammed Adamu, and heads of other security agencies to Bayelsa on November 7 and Lokoja, Kogi capital, on November 11, to address stakeholders.

The move, he said, is a part of INEC’s resolve to see to a peaceful, free and fair election given the history of volatile politics in the two states.