The Democratic Republic of Congo won the African Nations Championship (CHAN) for a second time on Sunday, beating Mali three-zero in the final in Rwanda. 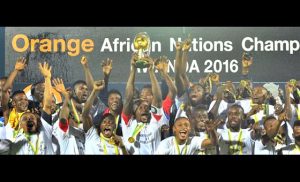 The Leopards, coached by Florent Ibenge, secured the title with two goals from the impressive Mechak Elia and a late Jonathan Bolingi strike. Ibenge also guided the senior DR Congo side to third place at last year’s Africa Cup of Nations in Equatorial Guinea.

Meanwhile, Ivory Coast had earlier defeated the republic Guinea two –one in an eventful third place play-off match to win the bronze medal.