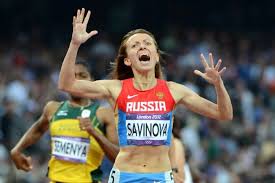 Russia’s sports minister has said he is prepared to resign over a raging doping scandal in his country which could cost more Russian athletes their places at the Rio Olympics after about forty more cases of cheating were reportedly exposed in wrestling.

Russian wrestlers may now join the country’s track-and-field athletes in being barred from competing at the Games in August, after an internal Russian Wrestling Federation (WFR) investigation uncovered multiple doping cases.

WFR President Mikhail Mamiashvili said today that there is an “epidemic” across all sports in the country.

The disclosure came a day after four Russian athletes were exposed as having tested positive for the banned drug meldonium, further damaging Moscow’s efforts to overturn a doping suspension in time for the Olympics starting in Rio de Janeiro on the fifth of August, this year.

Russian professional tennis player, and world number seven, Maria Sharapova early this month revealed that she failed a drugs test at the Australian Open.  Russian sport was thrown into turmoil last year when a report by the World Anti-Doping Agency (WADA) exposed endemic cheating and corruption in Russian athletics.