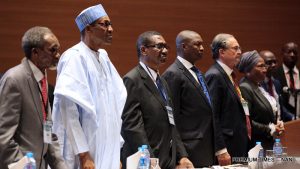 The Nigerian Bar Association has said that the Federal Government’s fight against corruption should be in line with the rule of law. The NBA President, Augustine Alegeh, who made this remark Sunday night, explained that any attempt by government to fight corruption with backhand tactics would mean using graft to fight graft.

Alegeh, who spoke at opening of the fifty-sixth annual conference of the association with the theme, ‘Democracy and Economic Development, pointed out that the NBA is standing with the Federal Government in its fight against corruption.  Alegeh also appealed to the National Human Rights Commission to look into the problem of sixty per cent of prison inmates awaiting trial for many years rather than delving into matters concerning politicians and oil spills.