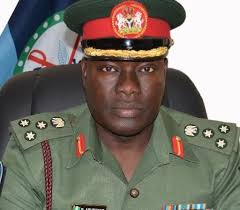 The Defence Headquarters has issued a strong warning to persons or groups seeking to engage in acts capable of causing a breakdown of law and order. The warning was contained in a statement by the spokesman for the Defence Headquarters, Brigadier General Rabe Abubakar. Although the groups were not mentioned in the statement, the military advised Nigerians to refrain from taking laws into their hands and avoid actions that may cause breach to harmonious co-existence.

General Abubakar also advised the general public to ignore inciting pictures, videos and statements posted in some social media platforms which he said were confirmed to be the creation of photo shops with the intention of causing disharmony and divisions among different nationalities. He further stressed that the military and the security agencies will continue to sustain the current tempo against terrorists, oil thieves, cattle rustlers and other forms of criminalities.