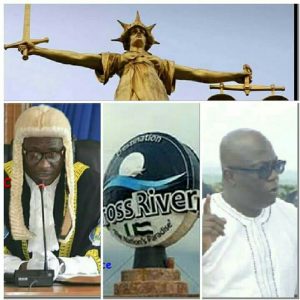 The Cross River State House of Assembly has said it is ready to adopt and domesticate the provisions of the Administration of Criminal Justice Act as a way of reforming the state’s justice sector. According to a statement on Sunday, the Speaker of the Cross River House of Assembly, Mr. John Lebo, disclosed this at a recent workshop held in Calabar, the state capital.

Lebo said the move by the House to domesticate the ACJA was to complement Governor Ben Ayade’s political will to reform the Cross River State justice sector. He listed some of the provisions of the ACJA, which the state planned to take advantage of, as the procedure for the trial of corruption cases and plea bargain, non-custodian sentences like community service as well as procedure for trying underage offenders. He said the law would help the state to deal with the backlog of criminal cases.