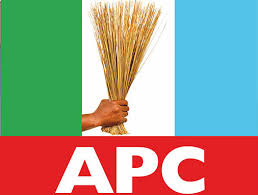 The All Progressives Congress, APC in Ondo State today erupted in a crisis with some members claiming they have impeached the chairman, Isaacs Kekemeke, for his involvement in the endorsement of an aspirant ahead of the governorship primaries slated for the twenty-seventh of August, 2016.

The group forcefully took over the state secretariat along Oyemekun Road, shutting the gates against Mr. Kekemeke and his allies. They also announced the appointment of Saka Ogunleye as their new chairman.

The members were seen waiving placards, protesting the rumoured endorsement of one of the aspirants, Olusegun Abraham, by the national leader of the party, Bola Tinubu.

The rumoured endorsement was disclosed by a governorship aspirant, Tunji Abayomi, in a letter he wrote to Tinubu, challenging the latter’s interference in the democratic process in the state. But Tibunu had since replied Abayomi, saying that he has the right to support any aspirant for the ticket of Ondo APC governorship candidate.