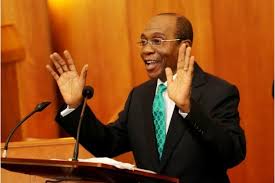 The Monetary Policy Committee of the Central Bank of Nigeria has left the Monetary Policy Rate unchanged at thirteen-point-five per cent. The CBN Governor, Mr Godwin Emefiele, announced the decision of the committee at the end of a two-day meeting held at the apex bank’s headquarters in Abuja.

The governor said the committee also decided to hold the Cash Reserves Ratio at 22.5 per cent. Also retained are the Liquidity Ratio which was left at 30 per cent; and the Asymmetric Window which was left at plus two hundred and minus five hundred basis points around the MPR.

Meanwhile, the apex bank has said it will no longer provide foreign exchange for the importation of cassava, starch, ethanol and all other derivatives into Nigeria. Emefiele described Nigeria as the world’s largest producer of cassava tubers with 53 million metric tonnes per annum.

He lamented, however, that the yield per hectare averaging 20 tonnes was very low compared to other jurisdictions. The CBN governor said the cassava initiative of the bank is to improve productivity, stabilise prices and encourage local processing to generate employment.