NiMeTs predicts bumper harvest in 2018 due to early February rain

The President of Nigerian Meteorological Society (NiMets), Professor Clement Akoshile has predicted bumper harvest in the 2018 farming season.Akoshile said this in an interview in Lagos today, adding that there will be bumper harvest in all the farm produce. According to him, this prediction comes as a result of the early rain that fell across […]

The minister of state for petroleum resources, Ibe Kachikwu, has said that the federal government will not sell its refineries, but rather make Nigeria the refinery corridor for the rest of the continent. The minister said this today while speaking on the short and medium term priorities directed towards growing the country’s oil and gas […] 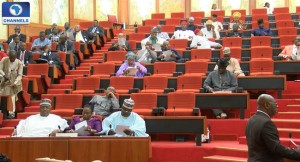 The Senate has condemned the demolition of the building used by a faction of the All Progressives Congress in Kaduna State by the state government. The chamber asked Governor Nasir el-Rufai to either provide a replacement for the secretariat or compensate Senator Suleiman Hunkuyi representing Kaduna-North who was said to own the building. The Senate […]

Nigerian champions, Plateau United, are hopeful of a good outing as they kick-start their continental cup campaign against Eding Sport of Cameroon in one of this weekend’s Total CAF Champions League preliminary round-first leg fixtures Previously known as Nigeria Standard FC, the Jos-based club in North Central Nigeria, has not won the league title since […]

The US government has officially shut down for the second time this year because Congress failed to meet a deadline to vote on a new budget. Senators debated all night, and have voted to pass the bill, which must now pass to the House. The 600-page plan proposes an increase in spending, by about $300bn […]

The federal government has directed the Ministry of Interior to desist from giving visa to foreign workers whose skills were readily available in Nigeria. This was contained in an Article one, section seven of Presidential Executive Order recently signed by President Muhammadu Buhari. Minister of Science and Technology, Dr Ogbonnaya Onu read Article on Thursday, […] 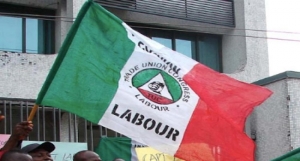 The organized labour has submitted a fresh demand for higher minimum wage to the tripartite committee on minimum wage. The Nigeria Labour Congress stated that it has demanded above fifty-six thousand naira to the committee to reflect inflation and other economic realities in the country. The acting NLC President, Kiri Mohammed, disclosed this at the […]

Herdsmen to pay for grazing reserves

Vice-President Yemi Osinbajo has stated that the Federal Government lacks the powers to seize or forcefully take land from states for the establishment of grazing reserves or livestock production centres. Osinbajo also announced that herdsmen will pay for the services to be rendered by the proposed ranches or grazing reserves by the government. He stated […]

The People’s Democratic Party (PDP) has described President Muhammadu Buhari’s New Year address as depressing and filled with false claims of achievements carried out during the reign of the PDP. The party in a statement signed by its National Publicity Secretary, Kola Ologbondiyan, on Monday claims that President Buhari completely failed to address serious economic […] 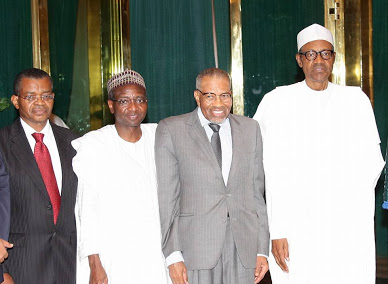 President Muhammadu Buharisays the federal government will deepen its partnership with the Islamic Development Bank (IDB) to fund critical projects. At a meeting with the President of the IDB Group, Dr. Ali Madani in Abuja on Monday, President Buhari commended the bank for supporting several developmental projects in Nigeria.   He said Nigeria will be […]