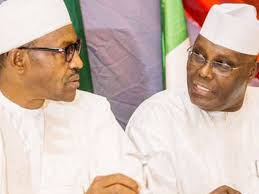 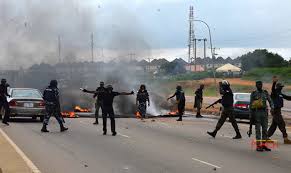 Youths protesting the xenophobic attacks on Nigerians in South Africa on Wednesday made a bonfire on the Nnamdi Azikiwe International Airport Road, Lugbe, Abuja, a few metres from a South African franchise, Shoprite Mall. Billowing smoke from the bonfire paralysed vehicular traffic on the Expressway as security agents mounted guard over the shopping mall which […] 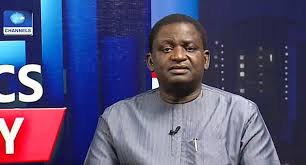 The Presidency has insisted that contrary to the claims of the South African High Commissioner to Nigeria, Bobby Monroe, foreigners, particularly Nigerians, were targeted in the recent attacks in South Africa. Mr Munroe had stated on Tuesday during a media briefing with Nigeria’s Foreign Affairs Ministry, that the attacks in South Africa are not xenophobic […] 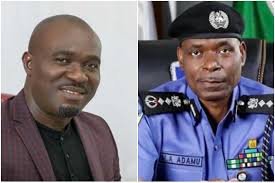 The Peoples Democratic Party (PDP) has charged the Police, Military and Department of State Services (DSS) high commands to, without further delay, secure the release of its National Youth Leader, Hon. SKE Ude-Okoye, who was attacked and abducted by gunmen in Enugu on Monday. In a statement by its spokesman, Mr Kola Ologbondiyan, the PDP […] 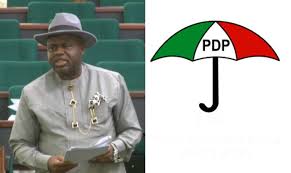 The Member representing Bayelsa Central Senatorial district in the National Assembly, Senator Douye Diri, has emerge winner of the PDP Governorship Primary. He clinched the Party’s ticket with a total of 561, to beat his closest Rival, Timi Alaibe, who got 365 votes out of 1,244 votes cast. The total number of registered delegates was […] 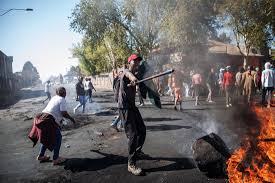 The Federal Government has today advised Nigerians against traveling to high risk and volatile areas of some countries until the current situation of xenophobic attacks is brought under control. The Ministry of Foreign Affairs gave the advice in a statement issued through its spokesperson, Ferdinand Nwonye. The advice came following the tension created by the current […] 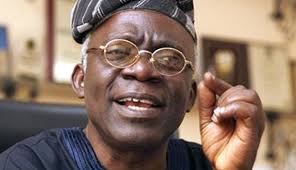 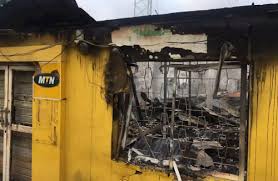 Following the wake of xenophobic attacks in South Africa, an irate mob has retaliated by setting the Bodija, Ibadan office of telecommunications company, MTN ablaze. The incident resulted in a gridlock as vehicles passing through Agodi government secretariat road en route the University of Ibadan are having a hectic time navigating the road. Following this […] 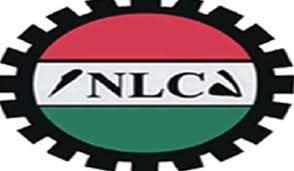 The Nigeria Labour Congress has promised to support any position taken by the Public Service Negotiating Council at its meeting on the new national minimum wage scheduled for today. The President of the NLC, Ayuba Wabba, said this on the sidelines of the inauguration of the International Lawyers Assisting Workers in Abuja on Tuesday. Negotiation […] 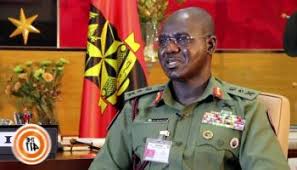 The Chief of Army Staff, COAS, Lieutenant General Tukur Buratai has said that the army will take decisive action against its personnel involved in the killing of policemen in Taraba State. Buratai made this known during the opening ceremony of the Chief of Army Staff combined second and third quarters conference in Abuja. It […]