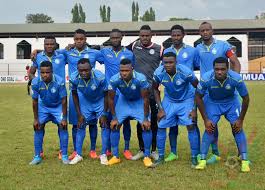 The CAF Champions League group game between Enyimba and Zamalek has been moved from Sunday to Saturday. This development was confirmed by the Confederation of African Football via their official Twitter handle.

Basem Morsy scored the winner, when Zamalek won the reverse fixture one-nil in Port Harcourt. The Egyptians need only a draw, to guarantee their place in the semi-finals of the competition.

Players and officials of Enyimba flew out of the country for the tie, which will be played at the Petrosport Stadium.