President Muhammadu Buhari is unmoved by suggestions that his rating by Nigerians has dropped. He insists that the generality of Nigerians still believe in him as they did in the run up to the 2015 election that brought him to power.

Besides, he says it is erroneous to imply that he has abandoned governance for anti-corruption war. Buhari, in an extensive interview with a magazine, African Leadership, declares that there is nowhere in the world where transition from an old order to a new one has ever been easy. A national survey by the Centre for Democracy and Development (CDD), entitled The Buharimeter Report, had said that there are still gaps between campaign promises, public expectations, government policies and actions. But President Buhari insists in the interview that he has neither lost the goodwill nor alienated the masses. He pleaded with Nigerians to be patient with his administration, saying: “Nigeria will soon be back on track.” 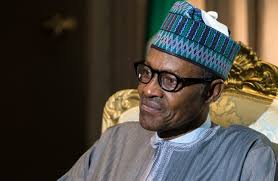