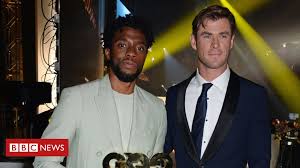 Both films also scored nominations for best cast — the top prize at the SAG ceremony, which like much of the Tinseltown awards calendar has been delayed by the coronavirus pandemic.

Although less high-profile than the Golden Globes nominations a day earlier, the SAG awards are seen as a stronger indicator of Oscars glory, since actors represent the largest branch of the roughly 10,000 Oscar voters in the Academy of Motion Picture Arts and Sciences.

Only two actors have ever posthumously won Oscars — Peter Finch for 1976’s “Network,” and Heath Ledger for 2008’s “The Dark Knight.”

“Minari,” which follows an immigrant family who move to 1980s rural Arkansas to scrape together a new life, is hoping to emulate “Parasite” — which won last year’s SAG best cast prize before ultimately being named the Oscars best picture.

Former “Walking Dead” favorite Steven Yeun and veteran South Korean star Youn Yuh-jung were both recognized for the film, along with the ensemble cast.