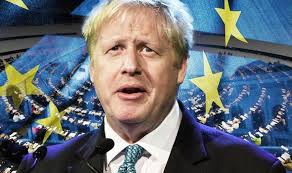 British Prime Minister Boris Johnson suffered yet another setback today after Members of Parliament, MPs rejected his call to briefly suspend their business for his party’s conference, highlighting the hostility he faces in parliament just weeks before Brexit.

In his seventh successive defeat in parliament, MPs voted to reject his call for three days off next week to hold his Conservative party’s annual conference. Parliament usually holds a recess during all the main party’s conferences, but the vote came as tensions among MPs reached boiling point over Britain’s EU exit next month.

The Supreme Court on Tuesday ruled that Johnson’s decision to suspend parliament for five weeks was unlawful, as it had the effect of frustrating lawmakers ahead of the Brexit deadline. MPs reconvened on Wednesday but, in a stormy session, Johnson showed no contrition and instead vowed to press ahead with his plan to leave the EU, no matter what.

His inflammatory language drew accusations of stoking divisions in a country still split over the 2016 referendum vote for Brexit. Johnson only took office in July but his threat to leave the EU on October 31 with or without a divorce deal with Brussels has put him on a collision course with MPs.

Today’s vote was the seventh in a row that Johnson has lost in the Commons, where he no longer has a majority and where most MPs oppose a “no-deal” exit.