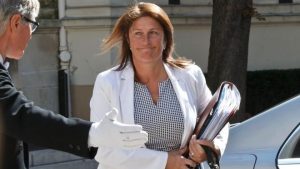 The Belgian transport minister has resigned over accusations she ignored lapses in security at Brussels airport before the attacks of 22 March.

Opposition parties had been demanding Jacqueline Galant step down.

They had leaked a confidential EU document, dating from 2015, which criticised security measures at Belgium’s airports.

Prime Minister Charles Michel had previously defended Ms Galant, and he had told parliament that her office had not seen the critical EU report.

However on Friday morning, following the publication of further documents on Thursday evening, Mr Michel said that “contrary to what was communicated to me” the report had been discussed, according to public broadcaster RTBF.

The report said the oversight of security measures at Belgium’s airports was flawed and cited serious deficiencies in the way safety checks were managed.