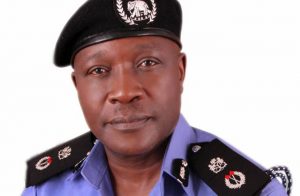 The Commissioner of Police in Enugu State, Mr Emmanuel Ojukwu, has warned people spreading rumour of impending attack of some communities in the state to desist from it, saying there is no substance in the story.

In a statement signed by the Police Spokesman in the command, Ebere Amaraizu, on Sunday, Ojukwu said that anybody found to be spreading the rumour would be prosecuted.

The statement was sequel to media report that some communities in the state would be attacked by suspected herdsmen.

Describing the reports as rumour, Ojukwu said that they were capable of causing panic and fear in law abiding citizens of the state.

He, however, said that measures had been put in place for the safety and security of communities through relevant partnership with stakeholders to ensure that there was peace across the state.

“Rumour mongering creates fear and panic in minds of people even when there is nothing to fear about as command is ready to ensure safety and security of the citizens of the state,” he said.

The commissioner said that the Inspector-General of Police, Mr Solomon Arase, had dispatched a high-powered Investigative Team from Force Criminal Investigations Department, Abuja, to unravel the remote and immediate causes of the Nimbo killings.