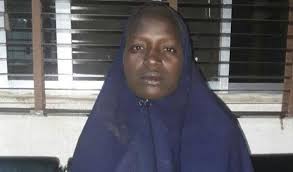 Two days after the rescue of one of the abducted Chibok school girls, another schoolgirl was rescued last night. Army authorities, who broke the news of the second rescued schoolgirl, however said more details about the operation will be provided later.

The Acting Director, Army Public Relations, Colonel Sani Usman, who confirmed the rescue, said that the second Chibok girl was among ninety-seven women that were rescued by the troops during a clearance operation at Damboa Local Government Area of Borno State.

The first of the abducted students to be found, nineteen-year-old Amina Ali and her mother met President Muhammadu Buhari at his official residence in Abuja earlier on Thursday.

President Buhari promised that the Federal Government will be responsible for Amina’s education and upkeep.

He also stated that the government is doing all it can to rescue the remaining Chibok girls.