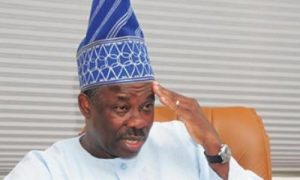 Ogun State Governor, Ibikunle Amosun, has ‎said he is not in support of the proposed creation of grazing zones across the country by the Federal Government, but would rather support the establishment of cattle ranches, by cattle herders.

He said this today at his Oke Mosan office in Abeokuta, while receiving the technical committee on herdsmen/farmers clashes set up by the Chief of Defence Staff, General Abayomi Olonisakin.

Amosun described the formation of the technical committee as timely and a step in the right direction. The governor urged Nigerians to embrace peace, stating that nothing can be solved with violence.

The head of the technical committee, Major-General Edward Nze, in his remarks said “Operation Accord” will be inaugurated by the military authorities as part of measures to tackle the incessant clashes between herdsmen and farmers.