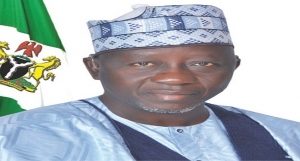 The Governor of Nasarawa State, all political appointees and heads of government boards and parastatals have met to discuss issues affecting the growth and development of the state and the way forward.

Governor Tanko Al-Makura said the meeting was a replica of the objective of the state of the union address, as held in the United States of America.

State Commissioners, Special Advisers, Permanent Secretaries, Head of Boards and Parastatals and other top government functionaries were at the Council Chambers of the Government House in Lafia, the capital of Nasarawa State, for the meeting.

The Governor believes that the meeting is timely and that they all need to work in the same direction to deliver the dividends of democracy to the people.

Mr Al-Makura also urged state decision makers to live up to the expectations of creating the state years ago.

After the Governor gave a preamble of the rationale behind the meeting, the government officials went into a closed-door meeting to enable them deliberate extensively on important issues at their level.

After the closed door session, the Governor told reporters that the meeting resolved to employ 1,500 youth, train youths in various skills and dissolve all local government chairmen.

He also said they agreed on the payment of scholarship to students and addition of value to farming activities in the state.