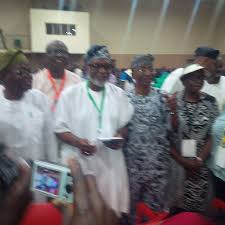 Akeredolu defeated twenty-three others to emerge as the party candidate during the primary held at the International Event Center (DOME) in Akure, Ondo State capital.

While announcing the result, the Chairman of the Election Committee and Jigawa state governor, Muhammed Badaru commended the delegates for their comportment saying the election was transparent, free and fair.

He pleaded for the co-operation of all the aspirants who lost to Akeredolu. He asked them to pacify their supporters so that the party can go into the election as a united front.