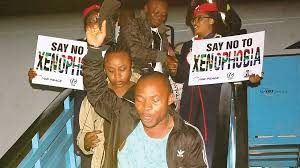 It would be recalled that the airline had evacuated 187 Nigerians in the first flight on Wednesday out of the 317 initially billed to return home.  The Chairman said that the airline would continue to bring back Nigerians who are willing to return to their country until the last evacuee is taken out of that country.

Onyema disclosed that indications from the Nigerian High Commission showed that about one thousand Nigerians are still willing to return home but the airlift would start after the Commission had finished with paper work to prepare them for the flight home.

He said this is to avoid what happened last time when 320 passengers were expected to be airlifted but South Africa authorities allowed 187 to make the flight.