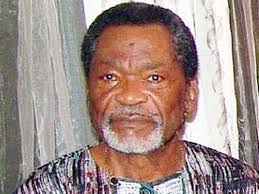 The Pan-Yoruba socio-political organisation, Afenifere, on Monday mourned the passing away of Dr Tunji Braithwaite at the age of 82, describing him as an iconoclastic political leader and social activist. This is contained in a statement signed by Mr Yinka Odumakin, National Publicity Secretary of the group, and made available to the News Agency of Nigeria (NAN) in Lagos.
The statement said that the deceased was known for his principled stance on national issues and consistent defence of the rights of the oppressed people of Nigeria throughout his lifetime.
“His last major outing was his membership of the 2014 National Conference where he stoutly canvassed a confederal arrangement as the best constitutional order for Nigeria.
“His death has brought a closure to a rich era of political sagacity and social crusading.
“He would always be remembered for his consistency, tenacity and intellectual fecundity.
“It is our prayer that God Almighty will protect the family he has left behind.
“May his great soul rest in perfect peace,” it stated.

Gov. Akinwunmi Ambode of Lagos State has also expressed shock and sadness over the demise of a foremost nationalist and prominent lawyer.
Ambode, in a statement signed by his Chief Press Secretary, Mr Habib Aruna, said Braithwaite’s demise was a great loss to both the state and the nation.
Ambode described the late nationalist as a detribalized individual whose example was worthy of emulation.
He said that Braithwaite was a man of the people, a typical Nigerian, who was consistent in saying things the way they were, not caring whose ox was gored.
“During the military era, especially that of the late Gen. Sanni Abacha, when politicians were afraid to come out and contest, Braithwaite dared the odds and came out to contest against Abacha at the risk of his life.
“He was very consistent in fighting for what he believed was right and fair to every human being, regardless of their ethnic leaning or creed.
“He was not one to shy away from taking a position that he strongly believed in.
“He was always consistent in creating independent platforms to fight for the interest of the common man,” Ambode said.
The governor said that as a lawyer, Braithwaite stood tall among his peers, which earned him respect, not only in Nigeria, but across the globe.
“He was one of the very best of lawyers this country has ever produced; he was consistent in the struggle to see the rebirth of a new Nigeria.
“At over 80 years, he came out to protest on the streets with the likes of Prof. Ben Nwabueze and other activists, against the economic policies of the then Federal Government,” he said.
Ambode, while commiserating with the family of the late legal luminary, urged them to uphold the ideals he stood and fought for, saying that the nation would continue to draw inspiration from his life and times.
“He was a pride to all Lagosians and we will surely miss him,” Ambode said. (NAN)
Also, the Nigerian National Summit Group (NNSG) on Monday mourned the death of Braithwaite, saying that the nation has lost a rare gem.
The Executive Secretary of the NNSG, Mr Tony Uranta told newsmen at the house of the late Braithwaite that words could not describe his pains at the loss of the man he described as a nationalist and selfless Nigerian.
According to Uranta, Braithwait was a father figure who always had the nation’s interest at heart.
“The late Braithwaite was like a father to me. A Man whose memory I will never live down. He fought for the masses and was always there to advise. I urge Nigeria to immortalise him,” he said.
In the same vein, the founder of the Oodua People’s Congress (OPC), Dr Frederick Fasehun, described the demise of Braithwaite as a personal loss.
Fasehun said that the former presidential candidate of the National Advance Party (NAP) was a “personal friend and a fellow democrat.”
He said that Braithwaite had an unparalleled passion for the development of Yorubaland and people in particular, and Nigeria in general.
“He was a legal luminary, human rights gladiator, constructive commentator and selfless philanthropist
“He should not have died at this time of Nigeria’s political history, when the country is in need of patriots, zealots and visionaries like him”.
Meanwhile, the Centre for Change and Women Arise for Change Initiative has described the death of Braithwaite as a huge loss to the country.
Dr Joe Okei-Odumakin, president of the initiative, told NAN in Lagos that the late Braithwaite was a foremost nationalist and activist of repute.
“We receive with shock, the demise this morning of a foremost nationalist and activist, Dr Tunji Braithwaite. This is no doubt a huge loss to Nigeria as a Nation.
“The gap created by the demise of Dr Braithwaite to us, would be near impossible to fill, as an organisation and as Nigerians’’.
She said that Braithwaite made immeasurable contributions to national development, through participation in politics with his National Advance Party, and activism, “to which he dedicated an unquantifiable number of his life and times”.
Similarly, Dr Abiola Akiyode-Afolabi, founder, Women Advocates Research and Documentation Centre (WARDC) told NAN that Braithwaite was an honest and faithful lawyer, activist and politician, who would be sadly missed.
“Even when he joined politics, his attitude and opinion to upholding social justice, good governance, truth and protection of human rights never changed.
“Dr Braithwaite will be forever remembered for his contributions to the socio- economic and political development of the country.
“It is a call to the younger generation to emulate this great man by contributing our quota to the development of our country,” she said.