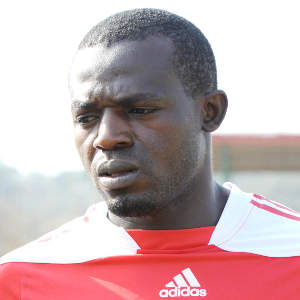 Abia Warriors defender, Emmanuel Olowo, who suffered a concoction during last Sunday’s two-two draw with Enugu Rangers International, will be out for at least two weeks.

The team’s Media Officer, Igwe Onuoha said in a statement on Monday that the defender is in a stable condition after being discharged from the hospital in Umuahia.

The former Kano Pillars star was accidentally punched by his goalkeeper John Gaadi who wanted to punch away a goal-bound shot. He then suffered concoction and collapsed at the field of play, forcing the centre referee, Ferdinand Udoh to temporarily stop the game.

He was later revived and rushed to the hospital where he received treatment.