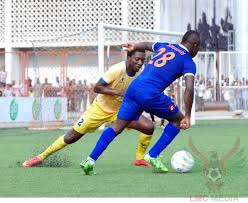 Godwin Obaje will lead twenty-nine other players for a training camp in Abuja, in preparation for a series of friendly matches against La Liga clubs in August.

Obaje, who plays for Wikki Tourists of Bauchi, is currently the joint-leading top scorer in the league with thirteen goals, the same as Sunshine Stars’ Afolabi Okiki.

The training camp is expected to open next Monday in Abuja. The NPFL All Stars side will play in the Carranza and La Liga World Tournament and also against Valencia CF.

They will kick off the tour with a match against Valencia CF on the tenth of August.

In the Carranza and La Loga World Tournament, they will face Malaga CF on the twelfth and thirteenth of August, 2016.